Open the Eyes of My Heart
Chord Charts

Open the Eyes of My Heart has been one of the top worship songs for decades now. Everyone from Sonic Flood to Michael W. Smith, to Shane Barnard has recorded this song. Check out the free chord charts!

If you listen to worship music, you know this song! This has been a staple song since 2000 and has been used in churches all over the world over the past 20+ years. 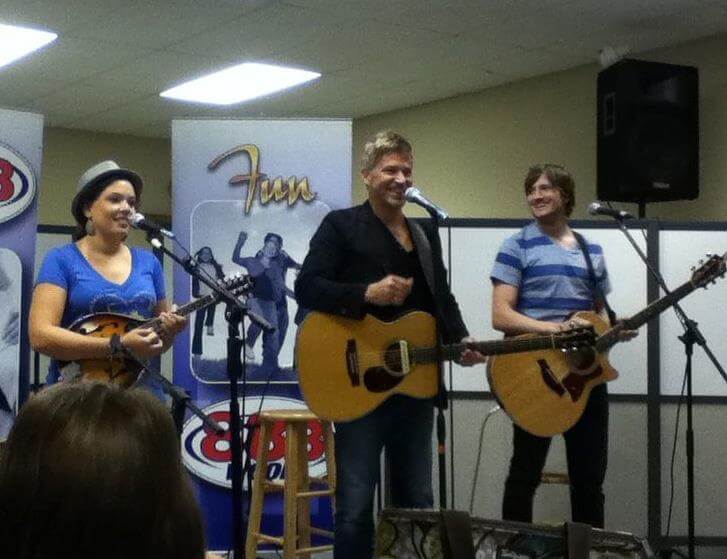 Musically, this song is a medium / fast paced song that works incredibly well with the first strum pattern that you learn on this site in the beginner course.

What Key is Open the Eyes of My Heart Written in?

This song is in the key of E, which means it's a great one to try out in case you're a little bit rusty or you're new to the key of E.

With any song in the key of E, you also have the option to capo the 2nd fret and use the D chord family instead of the E chord family.

Who Originally Wrote Open the Eyes of My Heart?

Paul Baloche is the author of this song, and it was copyrighted in 1997 with Integrity's Hosanna! Music. However, it was released in the year 2000.  Since then, Open the Eyes of My Heart has been covered by several bands, including Sonicflood, Micheal W. Smith, Shane and Shane, Point of Grace, and many more.

I met Paul in 2012, at a small workshop, and I remember hearing him speak about his thought process of leading worship. He had a very spiritually driven and grounded thoughts that were an encouragement to me and others in the room.

You could tell that he cares a lot about the church and about what we're singing. With that in mind, let's take a look at the song lyrics and see what the song is saying.

What Does it Mean to Open the Eyes of My Heart?

In an interview, Paul explained that the song was primarily based on Ephesians 1: 18, which says: having the eyes of your hearts enlightened, that you may know what is the hope to which he has called you, what are the riches of his glorious inheritance in the saints.

This song is part prayer and part response. We want to see God for who he is and respond with that in mind. So, let's look at the lyrics to really understand what the song is saying.

There are different types of worship songs, and some of them are actually prayers to God. The verse is a request of God for enlightenment of the eyes. We're not asking to see God in a literal sense. In Exodus 33, we no that "no one can see God and live."

This is a prayer that's rooted in Matthew 4:24 -- for us to have ears to hear and eyes to see.

Let's move on to the chorus:

We ultimately want our perspective aligned to what's already true. Then, in response, we're singing the familiar song of the angels in the book of Revelation 4: "Day and night they never stop saying 'holy holy holy is the Lord God Almighty.'

The song repeats and then moves into the bridge:

This is the part of the song where we're shifting from requesting something from God, to responding to who God is. We're worshipping Him directly with the words "holy holy holy" and also expressing our desire to see him as he is.

A good worship song isn't too confusing. This is a great example of keeping it simple with a request of God and then a response in worship. You can find this song on Apple Music or Spotify.

If you're interested in more song stories, check out Whom Shall I Fear Chords for another deep dive.

You can also check out Thank You Jesus for the Blood Chords to learn about that worship song by Charity Gayle.